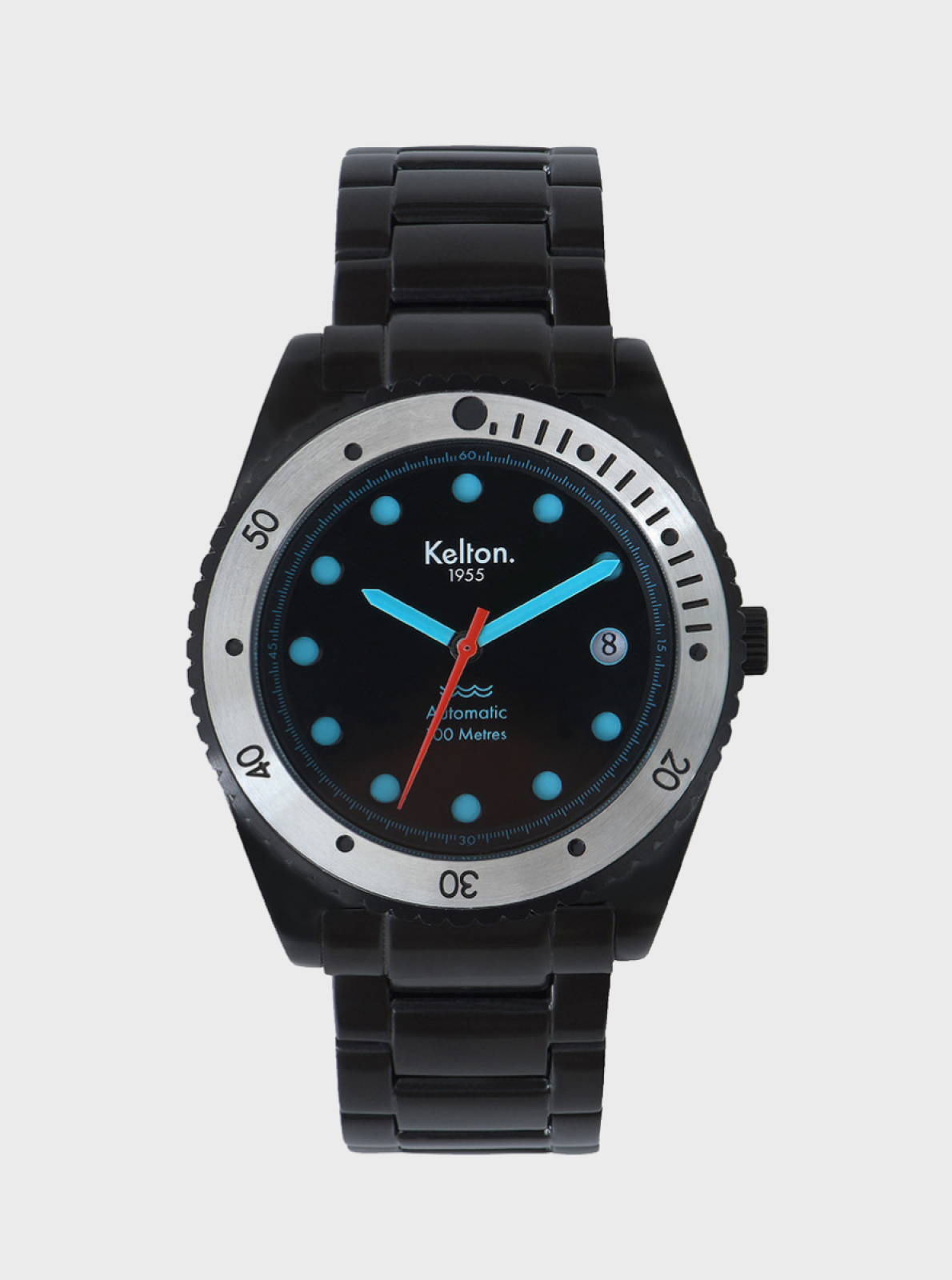 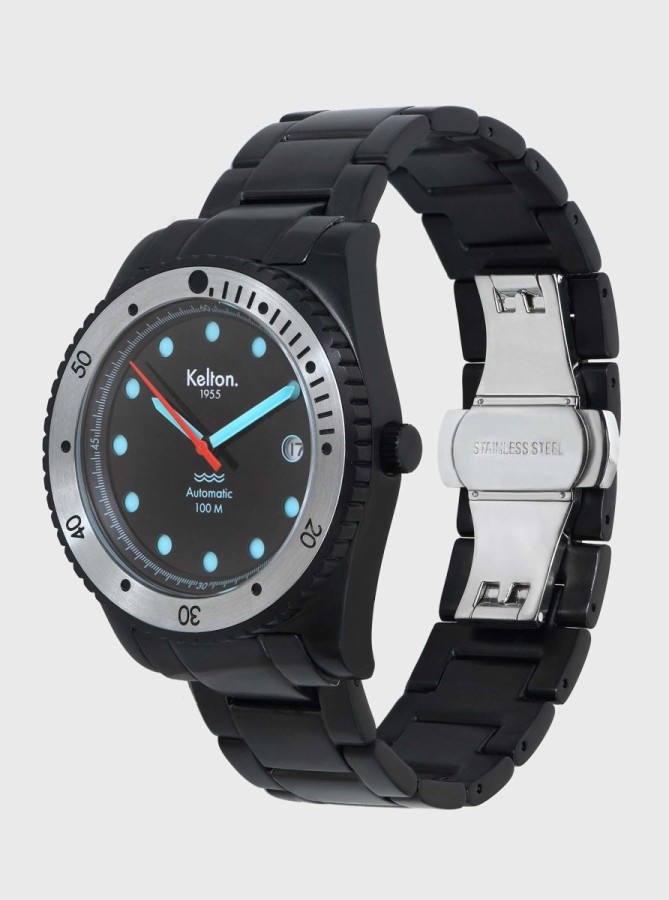 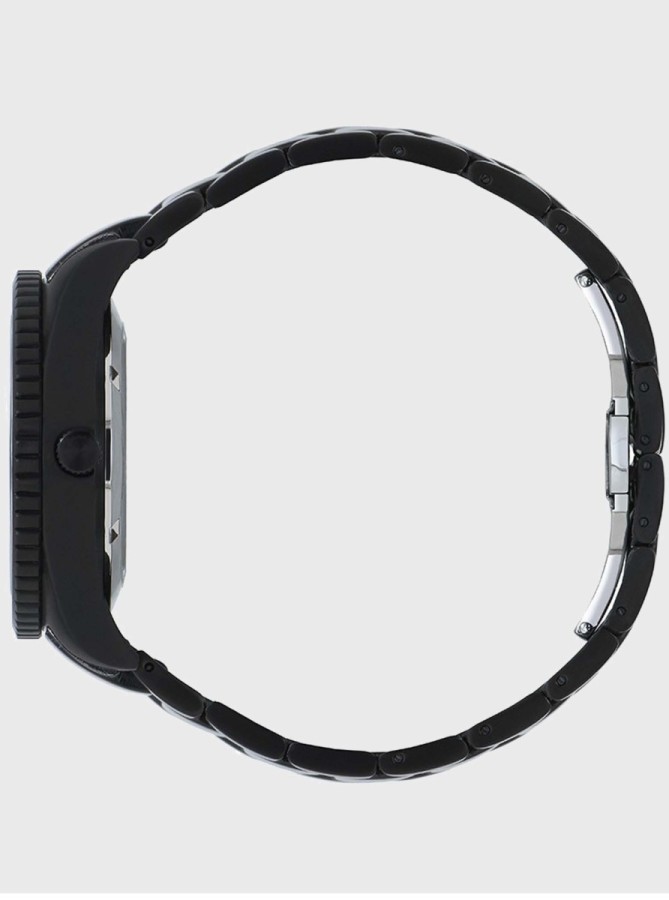 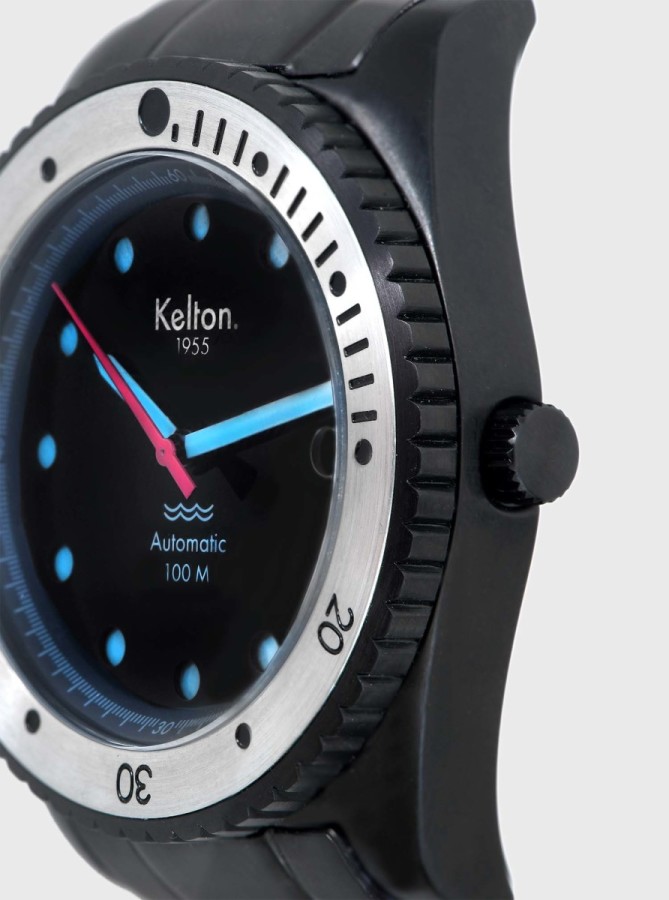 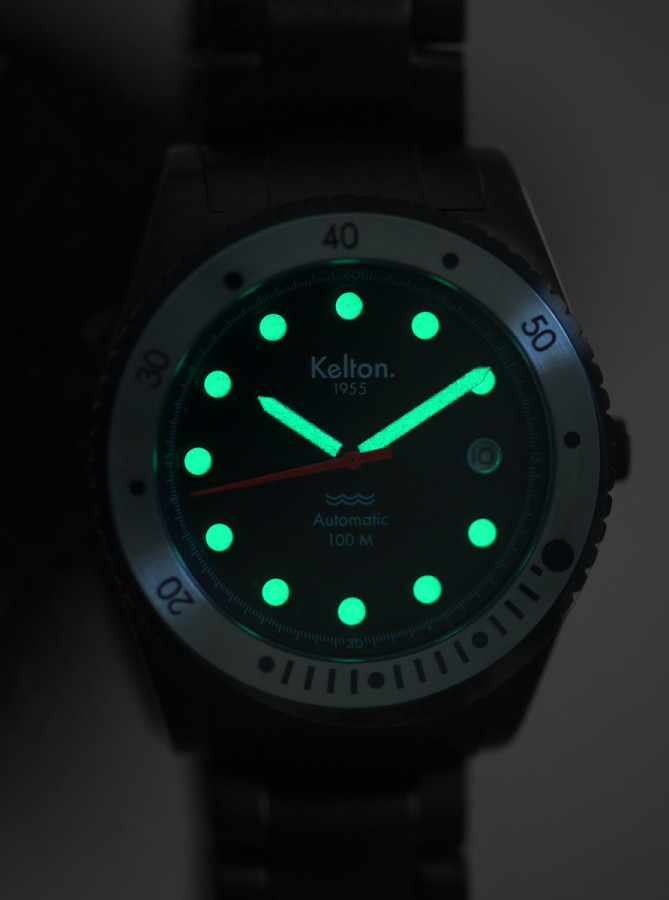 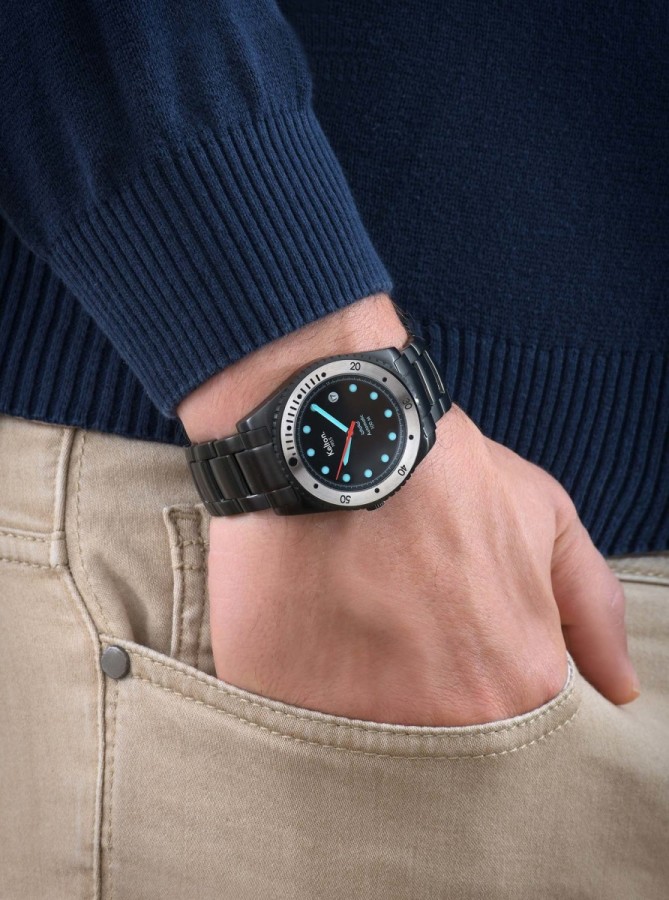 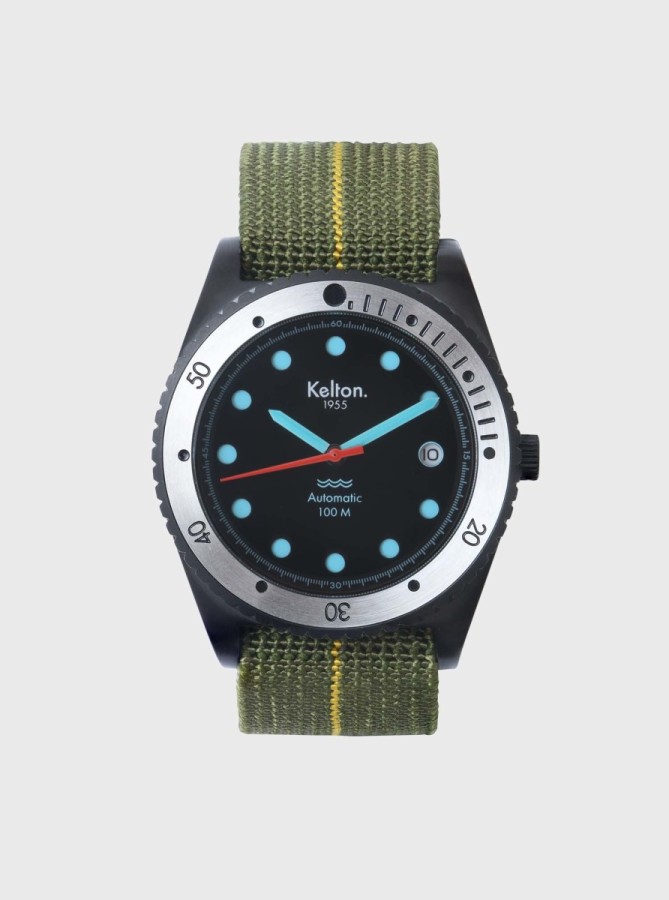 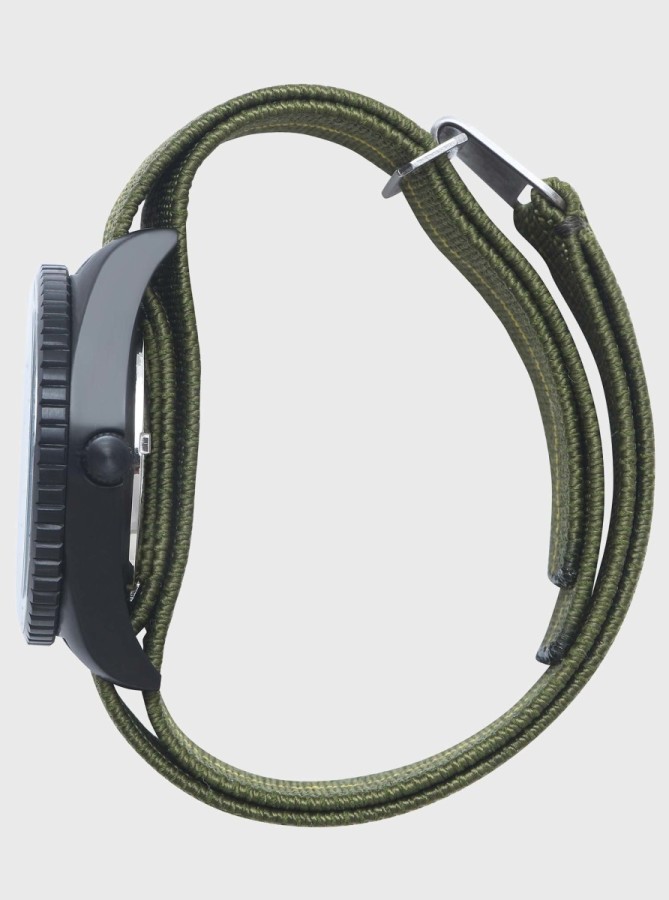 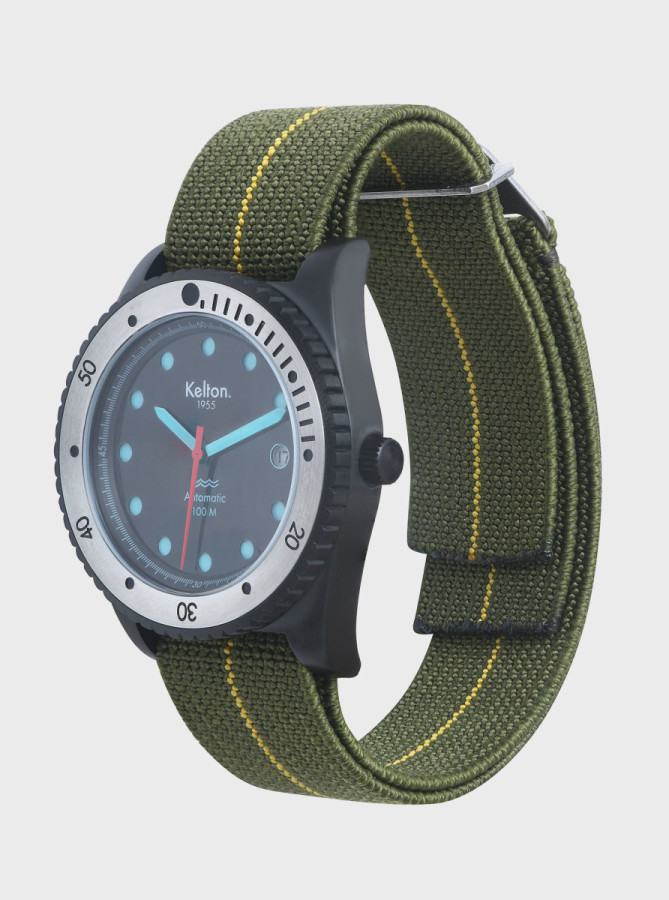 Watch designed and assembled in France.

To pay tribute to the birth of Kelton and to some of the events of 1955, including the shooting of Jacques-Yves Cousteau's "Le Monde du Silence", which received the Palme d'Or in Cannes the following year, we have designed the 1955 - 10 ATM as a unisex diver, an aquatic object designed and assembled in France, in a limited edition numbered from 1 to 1955.

Did you know that?In the fictional universe of the Back to the Future trilogy, November 12, 1955 is the central date of the three films, where Marty McFly goes to this specific date at least once per film.

The 1955 - 20 ATM is shipped with its black stainless steel bracelet, it can also be equipped with the Combat swimmer bracelet available here. 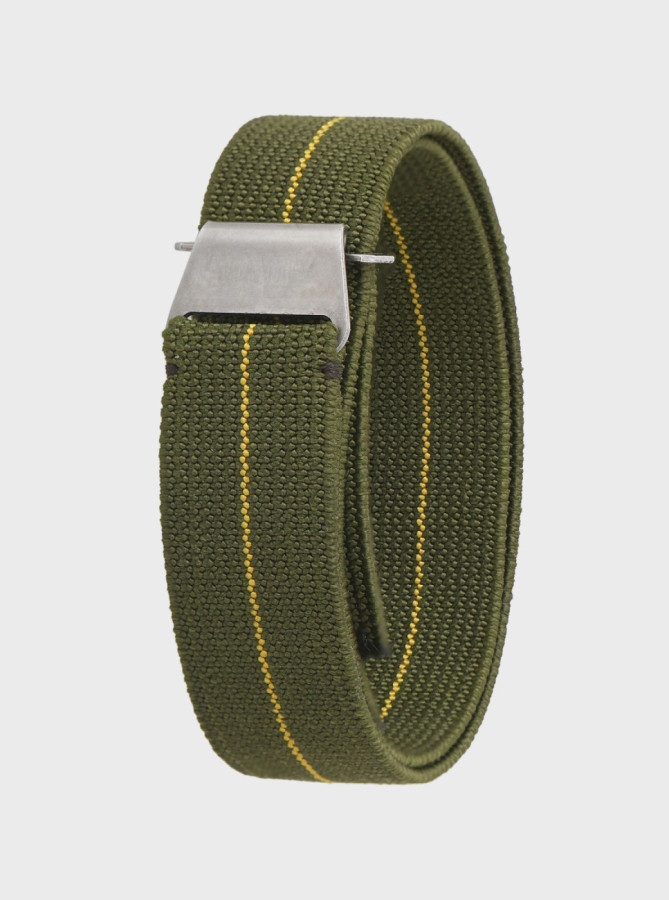